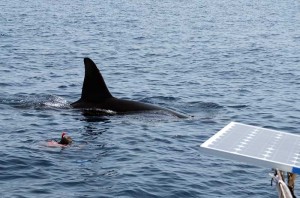 During November 2013 Team Nakamal, Dieter and Ay, the Burmese guide Jojo and 3 guests from Switzerland, Yves, Sasha and Roberto have been on a 24 day deep exploration cruise in the Mergui Archipelago aboard the sailing catamaran Nakamal.

The Mergui Archipelago consists of more than 800 Islands, far more than Thailand has and the best about all these Islands is that only one, Macleod Island has a resort on it and only a few more are inhabited by Burmese fisherman or Moken Sea Gypsies. The islands of the Mergui Archipelago are the perfect cruising area for your sail and dive charter holiday. Because there are so many islands one has never to sail very far from one island to the other. No long passages means you have more time to explore the islands or engage in water activities such as scuba diving, snorkeling or kayaking. 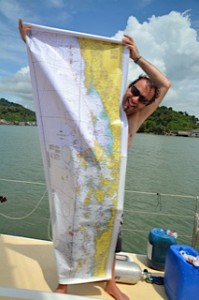 The Mergui Archipelago is like Thailand’s islands must have been a hundred or so years ago, uninhabited and  totally pristine. One island is more beautiful than the other. Beaches with only footprints from wild animals that are abundant on these islands. During the whole 24 days sailing through the Mergui Archipelago we have only seen one other tourist boat while diving on “ Black Rock “, a popular dive site. Otherwise we only met a few Burmese fishing boats and of course a few Kabang’s, the traditional boats of the Moken Sea Gypsies. After we have sailed for already two weeks through this spectacular landscapes, our heads and cameras full with all the images we have soaked in we did not expect anything to top the experiences already made during this cruise. But we was wrong!

While sailing from Black Rock north heading for Tower Rock, Roberto suddenly shouted Orcas! All of us were right on deck and stared out at sea to where Roberto was pointing and there they were, two beautiful big Orcas coming towards us. We were all very exited. It did not take long until they were right next to the yacht. All of us were taking pictures and videos like crazy expecting the encounter to last for only a very short time. When the Orcas swam away from Nakamal we followed them and caught up with them many times again. Than we stopped chasing them and unbelievably they came to us, swam under in front or behind the yacht. After realising that the Orcas are not going anywhere soon, Dieter Dongphrajan, the captain of SY Nakamal decided to jump in the water equipped with his GoPro camera, trying to get some in water footage of these fascinating creatures. Knowing that they are also called Killer-Whales did not deter him. Shooting video under water proved not to be easy as the visibility was not very good due to a lot of plankton in the water. To take video the Orcas had to be very closed to the camera and at times they were.

At some point the Orcas were a mere arm lengths away from Dieter. Enough said and written, a photo speaks a thousand words, a video probably a million… Here is the result of the footage taken by all of the members aboard SY Nakamal.

Orca sightings in Thailand are rare but there is always a unique story on all our sailing charters. Every guest has their own story. If you want to experience an extraordinary holiday, with plenty of stories and photos to show your friend and familly back home. Then check out our sailing destinations and book your sailing charter today.